You may have already been one of the thousands of people to come and see our Children of Hangzhou: Connecting with China* exhibit, but if you haven’t been yet–this is for you!

The Children’s Museum at La Habra is currently hosting a traveling exhibit from the Boston Children’s Museum called, “The Children of Hangzhou”. This interactive exhibit follows the lives of four real-life children from the Zhejiang Province in China in their daily lives at school, home, in the city center, and in the countryside. The exhibit developers hope to show children from our area how life in China is both similar and different from what they know through the eyes of children just like them!

Here are a few sneak peeks into the awesome exhibit! 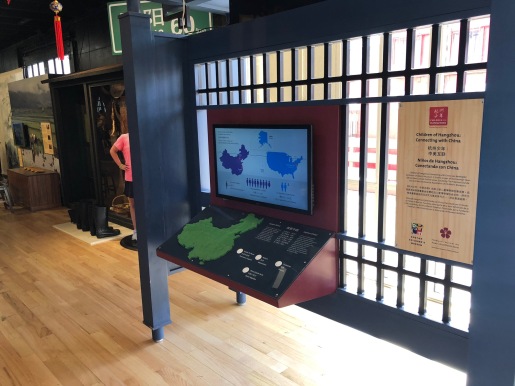 When entering, you’re greeted by a bus station terminal that gives AMAZING facts about Hangzhou, it’s population, and the local treasures! We love having this interactive platform that gets guests engaged in learning! This isn’t the only screen you can watch though, our exhibit has SEVEN flat-screens with informative videos!

This exhibit also displays a typical classroom in Hangzhou, complete with two desks, a blackboard, a Build-A-Great-Wall game, and a space to learn about the Chinese characters and how their language and writing changed over time.

As stated earlier, the exhibit follows the lives of four real-life children in Hangzhou. Can you guess the hobby of this child? Theatre? Opera? Come see and learn!

And last, but definitely not least, everyone’s favorite area–the kitchen! Complete with a fridge, two cabinets FULL of food, and bok choy that looks real enough to eat–little ones LOVE spending time in the kitchen and preparing a meal for their grown-ups!

Come join us at our Children of Hangzhou exhibit before it leaves on May 27th, 2018! Don’t forget to come and see the last events of our Celebrating China Series! 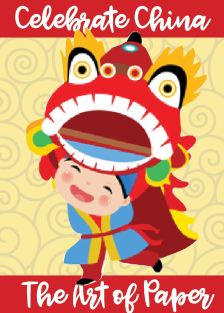 This Saturday, April 21st from 11AM – 1PM we’ll celebrate the remarkable invention of paper by the Chinese with demonstrations and hands-on art stations featuring Chinese Paper Folding and beautiful Calligraphy! Workshops for all ages to take part in! Included with Museum admission!